Fantastic Beasts and Where to Find Them

Harry Potter and the Chamber of Secrets

Harry Potter and the Half-Blood Prince
Care of Magical Creatures was a subject in the Harry Potter books.

The students learned about a wide variety of creatures in the wizarding world and how to treat and care for these creatures. They were usually introduced to the creatures.

Care of Magical Creatures was an elective chosen in the second-year to begin studying in the third-year.[2] They continue their study until their fifth-year, when they take their O.W.L.s. If they achieve a high pass grade, they have the option of studying it for their N.E.W.T.s if they want to.[3]

In September 1993, Rubeus Hagrid began teaching the subject. He taught third-years about Hippogriffs but a student was attacked by Buckbeak and he faced investigation. He began teaching students about boring but safer creatures, including the Flobberworm for a year.[4] 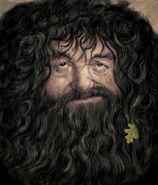