Curse
The Dark Arts was a branch of magic used to cause pain, control and kill. It included the Unforgivable Curses, Dark creatures, potions and various poisons and curses.

It was thought unwise if a wizard dared to get involved in the Dark Arts, hence why Dumbledore would not even use it. Those who do were labelled Dark wizards. Voldemort and the Death Eaters were known for their involvement in the Dark Arts.

Dark forces are pragmatic in nature, because when each branch was defeated it would be back "fiercer and cleverer" than before. It was flexible and inventive and defensive had to be versatile to keep up.[1] Certain powerful spells would not be successful unless it was done using powerful intent, e.g. a Cruciatus Curse worked if a person truly wants to cause pain itself.[2] Dark forces could be hard to control.[3] The process of petrification was an "advanced" Dark force.[4]

Those who used the Dark Forces were thought to be corrupt because they usually have bad intentions. It was damaging to their appearance, especially in the case of Tom Riddle whose appearance was forever changed when he delved further into the Dark Arts. He became less handsome and eventually serpentine.[5] Killing was damaging to the soul because it was essentially ripped into pieces.[6] In rare cases, a Dark wizard will use murder to put together a Horcrux. The process involved splitting the soul and the body completely for an unnatural purpose of achieving eternal life, taking another's life for the selfish purpose of extending yours.[7]

Spell damage done by a Dark force could be permanent and impossible to undo. Frank and Alice Longbottom ended up incapacitated for life[8] and George Weasley lost an ear due to a Sectumsempra curse.[9] Basilisk venom usually killed in minutes unless healed by a Phoenix's tears[10], Dementors sucked a soul until a vegetative state was left and since there was no cure, they had no hope of getting it back.[11]

Certain Dark forces including the Unforgivable Curses are punishable by life in prison depending on the purpose of using it. Aurors had permission during the First Wizarding War to use such Dark forces to capture Death Eaters. During the Second Wizarding War when Death Eaters took control of the government, they legalised every single Dark Art. [12]

Schools teach what they found acceptable in connection to the Dark Arts. Hogwarts School taught Defence Against the Dark Arts but Durmstrang Institute simply taught the Dark Arts. It was possible to purchase Dark artefacts but Arthur Weasley wanted to introduce a law that would grant permission to seize such things and ownership of such artefacts would not have a good perception in society.[13]

Before September 1991, a book called The Rise and Fall of the Dark Arts was published.[15] Before September 1992, a Dark Force Defence League was founded.[16] Gilderoy Lockhart was part of that League because he "chose" a career to eradicate Dark Forces.[17] In fact, he was a fraud who took the stories of these defeats of Dark creatures achieved by better, successful wizards and told everyone he had done it.[18] 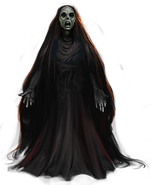 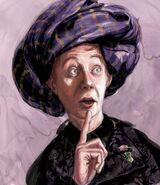